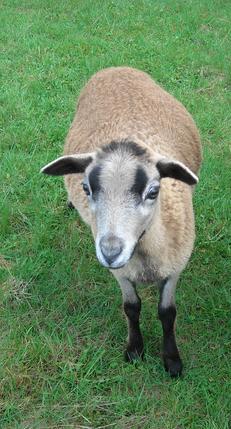 I wanted to provide a rather condensed history of the origin and development of the Barbados Blackbelly in the U.S. – This exotic looking sheep has a past shrouded in mystery!

Some people believe the Barbados Blackbelly has West African origins, however, recent DNA testing shows they’re actually related to sheep from the Iberian Peninsula; modern day Spain, Portugal and Andorra. Rumor has it they were left on the island of Barbados to procreate and serve as a ready source of food for future expeditions.

However, there’s compelling evidence the sheep developed on the island. 1

In 1904 the USDA imported 4 ewes and a ram to Bethesda Maryland, but nobody really knows what became of them….. (lamb chops, anyone?)

In 1971, North Carolina State University Professor, Lemuel Goode, had a research flock believed to be pieced together from foundation animals he collected from several different states, but sources close to Dr Goode indicate the sheep were imported directly from Barbados in 1970.

Claude Hughes, a private breeder, bought the entire NCSU flock in 1996. Later, the wife of Mr. Hughes stated,”The ancestors of these animals had been directly imported from Barbados in about 1970, by Professor Lemuel Goode, and no other stock had ever been introduced into this flock.”

The same year, a group of dedicated shepherds in Oklahoma formed the BBSAI registry, under the leadership of Charles Beam.

1999 and 2004 Dr. Wildeus was able to import pairs of ram lambs from his former research station, University of the Virgin Islands.

In 2004, after an arduous search for the elusive Blackbelly, Carol discovered there were only a handful of breeders with a combined total of less than 100 sheep and 2 breeding rams. She bought a small starter flock from Charles Beam.

Carol was heading to a hair sheep symposium, sponsored by Dr. Wildeus at VSU, when James Harper invited her to come to his place and select a flock. That fueled the Barbados Blackbelly conservation effort, and saved a breed from extinction in the United States.